http://www.ghafla.co.ke
Music has long been considered a form of art.It would be useless to mention its cunning ability to cut through cultural barriers,regardless of what language its sang in or what part of the world it’s from ,it’s universal.It’s  the main reason behind the international popularity of musicians after all.Even with the association of the music industry with fame and the good life it’s considered one of the ‘lesser‘ arts compared with painters,designers and the likes.This might be as a result of the monetaization of the art is search of said good life.Just as the goldrush picked up so did the music industry and we all know how that ends-saturation(we all want to be rockstars).Admit it,even you wanted to be a famous musician at some point in your life.With the overwhelming number of musicians out there its hard not to understand why it has deteriorated and is being less appreciated as an art.This is because what comes into thought when talking about art are words like rare,unique,special and so on.Given the amount of material out there its just not special (so to speak)anymore.Lets face it,a world was full of da vinci’s and michaelangelo’s would be plain ol’ boring and the mona lisa wouldn’t be at the The financial success doesn’t seem to aid the situation with it being more or less like when your favourite underground band hits the big league and you start resenting their massive success and claim they’ve changed as they become monotonous due to their association with the other tons of bands who’ve also made it.

Which brings me to the topic:THE ART OF MUSIC.A statement was release by the wu-tang clan revealing more about an album they have been secretly  working on for more than 6 yrs.
The Wu – Once Upon
a Time in Shaolin, a record only being pressed as a
single copy.It features 31 tracks never released before!Rapper RZA linked its rareness to that of a “septor of an egyptian king”
The album is crazy expensive to say the least.“Offers came in at $2 million, somebody offered $5
million yesterday,” he told the magazine. “I’ve been
getting a lot of emails – some from people I know, some
from people I don’t know, and they’re also emailing
other members of my organization.” .But before the relic like record is sent off to a definitely deeppocketed buyer its set to be shown in galleries and museums in the USA

“The main theme is music being accepted and respected
as art and being treated as such,” RZA told Billboard. “If
something is rare, it’s rare. You cannot get another.”

No guys,no link this time…or ever for this masterpiece.

Mmmh!!stuff that make legends,from john lenon to that canadian  guy wearing too much eyeliner-any eyeliner for that matter.Being somewhat more or less of a late bloomer,i was introduced  to rock music in my late teens.sly.Since then thats all i listen to,except for the occasional throwback track for the sake of the good old days- when 8 oclock ment bedtime

Its truly an amazin experience  playing your air guitar with slash’s guitar solo in sweet child o’ mine playing in the background.SMELL LIKE TEEN SPIRIT!! By far this is the best tokin track of all time.
Bands like rock of ages,black sabbath,crush test dummies,greenday have been immortalized in our hearts.

What of kenya’s murfys flaw,that track shimo mfukoni.local bands that put you in that feel good mood.well done i say.
Some say the golden age of rock ended with the 80’s,though there might be some truth to that,you gotta love todays pompei,castle of glass n painkiller.

This post was a tribute to all the rockheads out there n lovers of great music.pot lovers n free souls smelly hippies(namaste!)christian rock n indies fans to metalheads weirdos.

But in the end we all get high

So if in life you dnt succeed fuck that sh*t and smoke some pot.” kurt cobain.RIP. 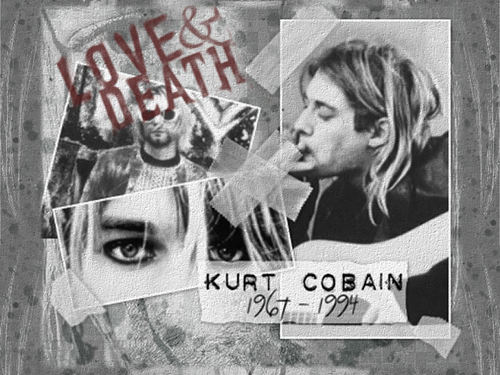 A couple of months ago a silent revolution took place i heard it on radio.So i did a little diggin n guess what i found out….Afro-emojis!what is this u ask As an avid txter,to say emoticons have been pretty handy would be the understatment of the day.

Ever found the need of a nigger moment smiley and all you can find is a god damn duck at the end of the tab.So why doesnt apple and other developers offer black emoticons since they offer other races and tons of stupid stuff(ducks anyone..).There are just no african themed smilies

But seriously people that was as close to a black smiley face as it got.

It all started with an article by MTV’s Joey Parker who flagged the fact that there are no (or barely any)
non-white emojis in the basic range within most text-
message apps used by Apple, Google, and Microsoft.

But no! That wasnt the first time this issue surfaced.Since  2012 an unlikely spokesperson throughout this debacle has
been Miley Cyrus, who talked about the need for an
“emoji ethnicity update”The debate
has been reignited with the MTV article, and Cyrus’
hashtag #EmojiEthnicityUpdate has been trending on
Twitter.

So some naijja guys with time to kill  came up with this.Ojus! Ladies n gentlemen

Thank God all’s good with the world again.Almost broke a sweat there.

No guys its not the new theme song to the show,hopefully.churchill  has taken a bit of a career detour and has lately been trying his hand in the local music industry.

On his mombasa tour he did a dogodogo remix  with juliani and has featured coastal artists
Lypso, Dogo Richie, Chikuzee, Shamaniz, Hash B and Majid.

As for the release of the track they havnt confirmed the date So to churchill fans watch this space.

Three Days Grace unveiled a new song! The
fresh cut, ‘Painkiller,’ sounds like classic Three Days Grace.The track also features Matt Walst as the lead vocalist after the
Original Three Days Grace vocalist Adam Gontier left
the band in late 2012, with the group announcing Walst
as Gontier’s replacement in early 2013. Gontier wrote a
detailed ‘Address of Resignation’ soon after news of the
singer switch had been made public. The singer alluded
to drug addiction in the letter, but claimed to be sober.

Three Days Grace quickly followed up Gontier’s
statement with one of their own, claiming that the
singer had abruptly quit and only made the band aware
of this through his lawyer. Gontier would later criticize
Three Days Grace’s musical direction on the band’s
fourth full-length ‘Transit of Venus.’ “The music really
wasn’t coming from the heart ,” wrote Gontier. “I can
say that on the record ‘Transit of Venus,’ there’s maybe
one or two songs that actually do come from my heart,
but a lot of songs have been written just for radio and
for fans, you know, to relate to .”
Regardless of where Three Days Grace has been, the
band is moving forward with Matt Walst:
“We are happy to announce that Matt will be a part
of Three Days Grace. Matt has been on the road
with us, and has been writing with us since 2003.
Bringing Matt into the 3DG family is a no-brainer…
he’s always been in it” .
Check out Three Days Grace’s brand new song
‘Painkiller’ above!